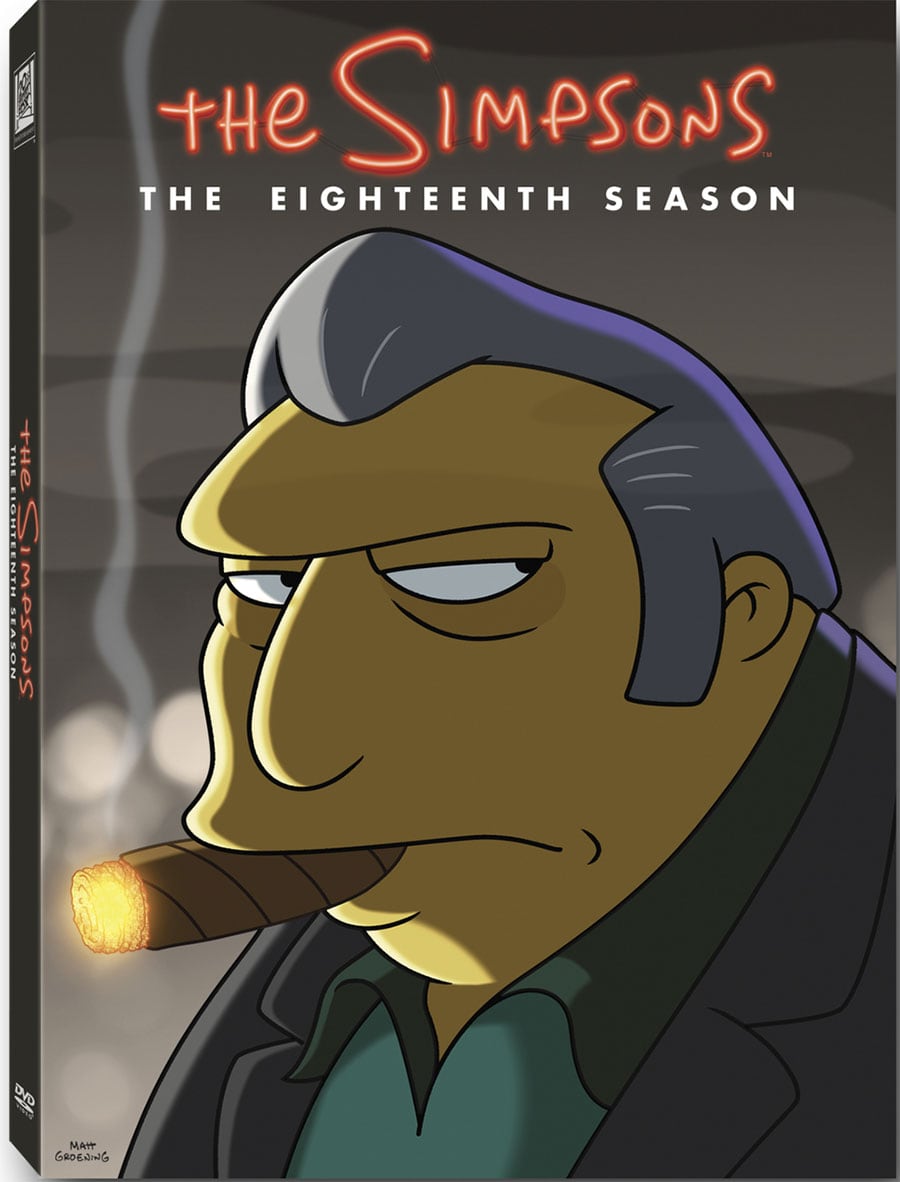 The Simpsons are so backed up with releasing DVDs that they are only releasing seasons from 11 years ago!? I guess this season and 19th season were never released, and then 20th season was. Who the hell knows what’s going to happen with all of this now that they are going to be owned by Disney. But the season provides a lot of funny episodes, and then some not-so-funny ones.

The first episode of the season is about Lisa becoming friends with Fat Tony’s son and Homer ends up being the newest kingpin around town for some reason. Queue lots of Sopranos and mafia jokes. The rest of the season is about: Bart finds out Principal Skinner has a peanut allergy and uses it against him, Homer goes to Army training, Homer gets fired from the plant and buys an ice cream truck, Gil gets fired as the mall Santa and ends up moving in with The Simpsons, Lisa becomes a tutor to Cletus’ kids, and of course there’s a Treehouse of Horror in there as well.

After many years of taking a break of the Simpsons, I’ve been watching the show again and trying to catch up on some of the seasons I’ve missed. I honestly can’t remember if I watched this season or not. At least, I watched some of the episodes like the Gil as mall santa one but I definitely didn’t see all of these. The show definitely has a rewatch factor to it; like finding new things to laugh at when you re-watch it. It’s been so long since seeing some of these episodes that they are new to me again.

Fox continues to release stupid DVD cases for The Simpsons. This time around, the case is still cardboard, takes forever to get a disc out and you’re guaranteed to scratch the hell out of them if you keep putting the discs back in and out. I also wish they would just release Blu-Ray and/or Digital HD as well. There’s so many seasons of the Simpsons out there, that at least they could do is offer digital HD for the newer seasons. More money to spend when they finally offer that and release DVD is a dying product. The extras on the DVDs include commentaries, some deleted scenes and a conversation with Fat Tony. Typical batch for the Simpsons and the main sell is the commentaries.

The Simpsons is one of the best shows ever and the 18th season offered up plenty of good episodes. It’s certainly not the best season but it’s still worth having in your collection.