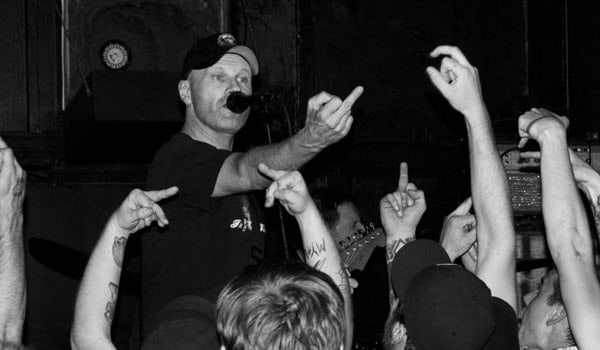 Dear Joe Queer,
I’m a grown man and never had to change a tire before. It just never came up…So um, how do you change a tire?
– A Hopeless Man

Well, see there is this little metal tool called a tire iron. You might have seen one used in a street fight on Cops and believe it or not, people use this thing to loosen the lug nuts on a wheel and change a tire. If this seems too weird to you, I suggest going to the nearest lesbian bar and asking for help.

Joe,
I think I was abducted by aliens but I’m afraid to tell anyone. What should I do? I don’t want to be locked up in the crazy house.
– Mork

Locked up in the crazy house? In this day and age of complete idiots becoming media stars – I’d say you won the lottery. Run to the nearest rooftop and start screaming the news. You’ll be on Oprah talking about your drug addiction and subsequent recovery before you know it. Your own clothing line won’t be far behind.

Dear Joe Queer,
How can my Canadian boyfriend go about getting a green card and a job in NYC? Thanks!
– Tired of Instant Messaging in Brooklyn

I think the quickest way is for him to grab a flight down to Tijuana and sneak back over the border that way. He can then knock you up and nine months later, Viola! He’s in! You guys and the baby will be caught in a nightmare of red tape, it will take years to get out of. Meanwhile just sit back and let the welfare checks come in. Who needs a green card anyway? He can be a ‘stay at home’ Dad. (That’s code for lazy bastard where I come from though, I don’t say the job is without it’s charms from what I hear).

Dear Joe,
I currently work in a nursing home. I’ve become quite friendly with some of the old people and found out I’m in their wills. My dilemma, I’m trying to figure out the best way to ‘off’ some of them a little sooner so I can get my just rewards. Any ideas? Nothing too messy, something quick and undetectable, and certainly not traceable back to me.
– Dr. Kevorkian

Start them on a crack habit. Their hearts will give out soon and till that happens I am sure you will hear some interesting conversation. As a matter of fact I’d get a tape recorder and get all of it down. It would make a nice bookend to “Tuesdays With Morrie”. Maybe call it “Crack With The Crackers” or “Sucking On The Crack Pipe With Nana”……….Lemme know and I can come up with something for you.

Dear Mr. Queer,
My wife listens to whatever music she wants, but as soon as I turn on Rush I hear about it. She shames me into turning them off and then I fume silently, bitter and sad. How come women are incapable of appreciating Rush? Is my wife being selfish? Should I leave her for a dude who plays drums?
– Analog Kid in Queens

There are some things I can joke about but one of them is not Rush. To me they are the musical equivalent of a chipped tooth. Bands like Rush are the reason I got into heroin. Your wife knows they suck and I applaud her sturdy common sense. Now you go run off with your boyfriend and let her get to that support group she so obviously needs to recover from living with your sorry ass.

Dear Joe:
My boyfriend who I love very much has been lying to me about smoking. After a year of dating, he just admitted that he’s still smoking a pack a day even though he “quit.” How could I get him to quit smoking without him getting annoyed with me? He actually wants to quit but he’s totally addicted. I was thinking about withholding sex, but that would suck for me too.
– Frustrated in Florida

Hmmm they tell me that smoking is harder to quit than heroin but I have never heard of a person stopping smoking that didn’t sleep more than 20 minutes straight for a month. People put down heroin but there are certainly benefits to doing it. When mixed with cocaine, it is a guaranteed weight loss plan. Though in all honesty, it does have some strange side effects. I bet it would work very well for stopping smoking too. Yes, I would strongly advocate doing speedballs for your boyfriend. He’ll be so caught up in the daily grind of scoring dope each day, he won’t think twice about smoking. Plus he won’t have the money. Sure, he will cadge a butt or two off a guy named Eight Ball once in a while as he waits to cop but that is certainly better than a nasty pack a day habit isn’t it?

I can answer this one pal – start a punk band. Write songs like I do and tour a lot and the young girls will start beating down your hotel door before you know it. I can’t begin to tell you the number of times a 12th grader has thrown their bra at me or asked me to sign their breast. Though I am not without my charms, I really am starting to think it might have something to do with me being in a band. I’ll explore this more and get back to you on it. 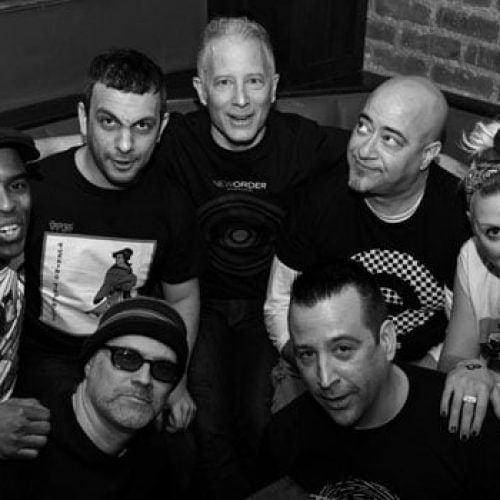