So you think you’re funny? Make me laugh, funnyman.
I’d have to get to know you first.

How did you get involved with “Tough Crowd with Colin Quinn” ? Lose a bet?
Yeah. One night, I bet Colin that I could watch back to back episodes of Yes, Dear without convulsing in diuretic fits.

Do all the comics on Tough Crowd write out their material beforehand, or just say what comes to mind?
I am a genius so everything I say comes right off the top of my head.Some lesser talents prepare in advance. Actually–It’s a combination. We know the topics in advance so anyone who says they don’t at least think about what they might say is a dirty lying shit-pig. Of course, with the ADD addled comics that frequent the show, you never know where the conversation might go and some of the best stuff is spontaneous.

What was the deal with you and Denis Leary? You mentioned “The Job” and he got all pissed. I guess the cancellation of “The Job” is still a touchy topic for him?
I guess he’s sort of a star and -outside of Norway-I’m not– so he expected a certain deference which is not the way the show works. It’s always nice to be noticed, but really it was no big deal. It was just a little heated moment that passed. We’re both cool with it. After the show, we went for a long walk on the beach, gave each other back rubs and shared a rootbeer float while watching Two if By Sea on his big screen.

Who do you think can win in a drunken Irish fight: Colin Quinn or Colin Farrell?
Quinn–He can box and he’s an angry near-failure of a man. Farrell has too much to live for to be dangerous.

Would you become a prop comic if it meant furthering your career?
How many props and how much further?

Did you try out for Last Comic Standing? What do you think of the comics that got picked?
No, I didn’t try out, but I’m flattered you think I might have and not made the cut. . I think all the comics on the show are hilarious except for Rich Vos. He sucks!!!!– Rich is a friend and I’m proud of him. It’s inspiring to see that after twenty years in the business, if you work hard and stay positive-you can beat out six open-mikers for a spot on the most degrading show in the history of comedy. There are some good comics on the show along with some disastrous abominations.

Since this is mostly a music website, what kind of music do you listen to?
I played guitar and used to listen to a wide range of stuff. Now I have little kids though, and everything I once enjoyed has been sucked out of my life…..and replaced by something much better, I’m told.

What are some comedians out there today that you find funny?
The gay guy that got kicked off of “Last Comic Standing” is my favorite comic. Also Dave Attell, Dave Chappell and Gallagher II.

I heard your own sitcom, Common Law, didn’t even last as long as the Chevy Chase Show. Care to elaborate?
Try to imagine how bad a show airing on Saturday night– when twelve people are watching–would have to suck to be cancelled in four weeks.

Does your family ever ask you when you’re going to get a real job? Especially since you spent all their money on law school?
No, but my student loan officer used to ask me that every month. Now that I’m one of the three most famous people alive he’s backed the fuck off.

Know any good lawyer jokes?
This divorce lawyer gets smashed in the face with a shovel.

Do you have anything in the works, like a sitcom, movie, etc.?
My manager and agent tell me I may have a meeting about something coming up sometime soon maybe they think.

Got anything to plug? Come on, you’re a comic, of course you do!
I try to keep a low profile. I think that’s important in show business. Watch Tough Crowd on Comedy Central, Monday through Thursday at 11:30 p.m. 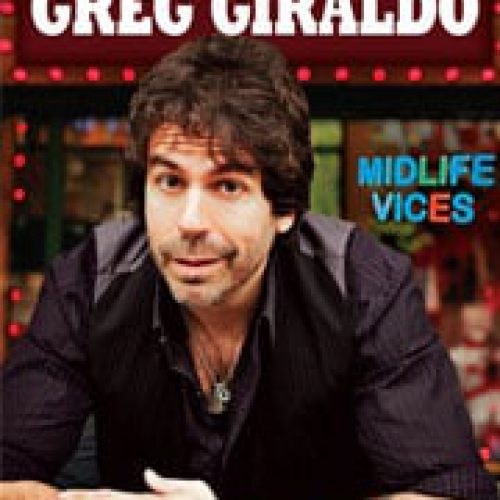