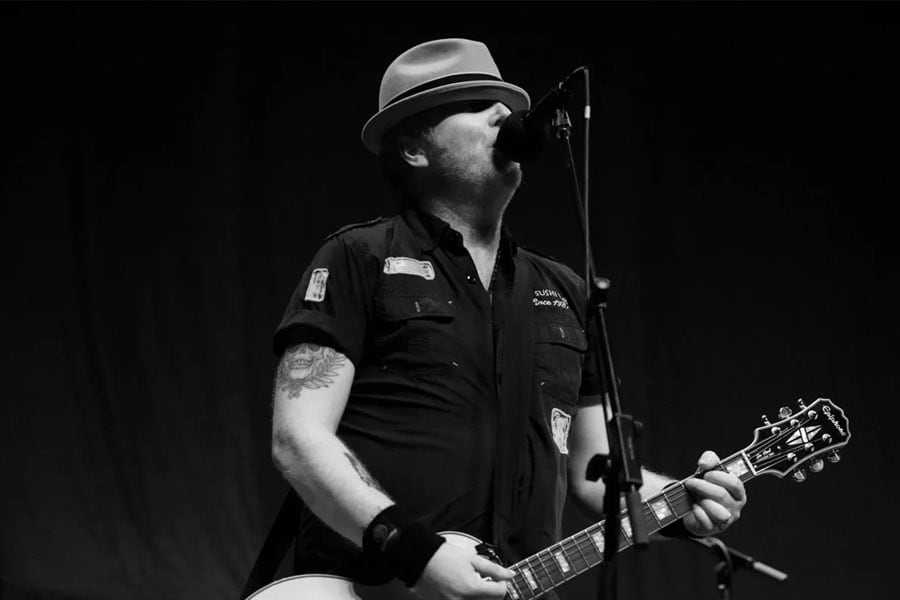 Irish born/Ontario based singer/songwriter Finny McConnell has been leading the Mahones for over 30 years but now he’s set to release a solo album called “The Dark Streets of Love” on September 3rd via True North Records. Some songs are new, some you’ve heard before with The Mahones and some are covers.


A collection of his most intimate musings to date, The Dark Streets of Love is McConnell’s love letter to everyone important in his world. Stripped bare with personal lyrics that represent not only his truth, but a truth we can all relate to, the 11-track LP includes covers of songs by Bruce Springsteen, the Tragically Hip, Lou Reed, Shane McGowan, and even an outtake from an earlier Mahones release — all of which hold deep meaning to the veteran artist.

With The Mahones, McConnell unleashed more than 20 albums to the masses, and shared the stage with the likes of the Dropkick Murphys, Shane MacGowan, Stiff Little Fingers, Billy Bragg, The Buzzcocks, Sinead O’Connor, The Damned, and more.

Born in Dublin, Ireland, and based in Kingston, Ontario, Finny McConnell’s first solo album is its own homecoming — to himself.

Mixed and engineered by Gene Hughes, this live-off-the-floor release is a rare peek behind the curtain to McConnell’s expansive emotional atmosphere; intricately layered reflections on loving, losing, grieving, and loving again peel away, song by song, one of punk’s most notorious leaders and his distinct point of view.

You can pre-order and pre-save here.