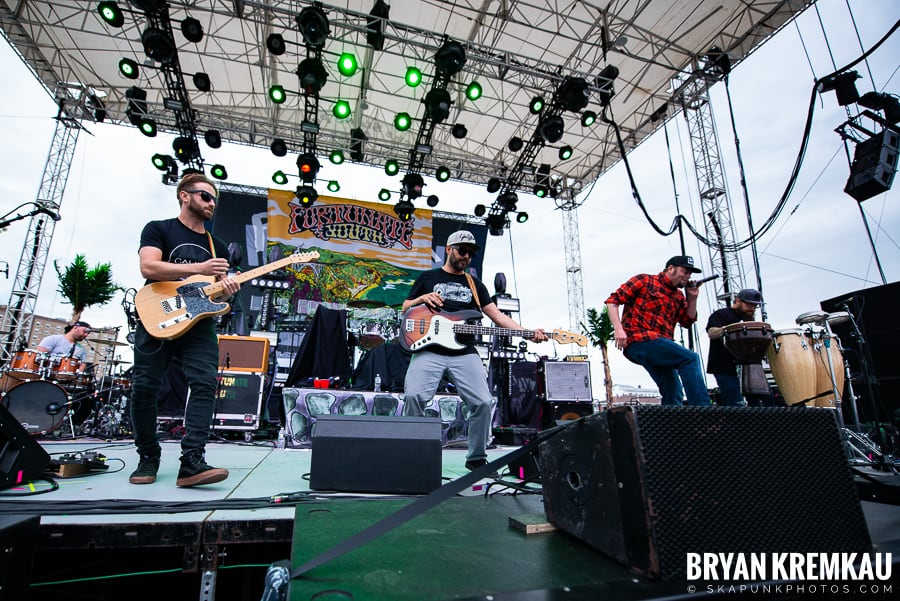 Southern Cali reggae band Fortunate Youth announced a new album on Friday and released a new single. Good Times (Roll On) will be out October 1st on Controlled Substance Sound Labs and you can also listen to the title track below as well. You can also stream and download the new single and pre-save the album here.

Born in the throes of lockdowns and conceived around 2018, the new album Good Times (Roll On) is a range of throwback sounds to current vibes. With the new album, Fortunate Youth rekindles the spirit of their early days from backyard grillin’ and chillin’. Bringing a fresh sound dotted with influences of blues, ska, rock, world, soul, and punk with the hope to reunite, once again, with their fans worldwide. And also, there’s a wish: that the return of those feel-good vibes finds brighter days for the planet. “We’re trying to change the world through the music we write and play, and the lives we live out performing on stage,” says singer Dan Kelly.

Reflecting on the release, Corey Draskovich (bass, guitar, keys), comments “Embracing the new, and reflecting on the old. Every album we make is a new process, we learn from each experience and try to incorporate those lessons into our new music. If there’s one thing that we hope people take away from the album is, enjoy the moment and memories last a lifetime.” Adding perspective to the title Jared Draskovich (keys/bass) comments, “We are all living through this global event and to me we chose the title to help ensure that Good Times are indeed going to roll on regardless of all the hardships that our recent environment has provided for everyone.”

Crafted over the last year Good Times (Roll On) is reflective of its time. “This is probably the first time we’ve put an album together where we had the time to review and refine each song for as long as we felt necessary. 2020 was a tough year, especially for the touring music industry. With the down time at home, we were able to spread out the sessions and take our time,” comments Cory. Comparing the recording process from previous albums, what would typically take the band 3-4 weeks, lasted about 9 months to piece together as they took time with each track and to create a stellar 12 track album.

The new album is stacked with standouts including the glistening title track, “Good Times (Roll On),” out now. With the new song, Fortunate Youth turns a slightly nostalgic eye to its humble beginnings in the backyard, plus a few new tasty surprises under the lid. “We always hope our music can change the outlook of anyone’s day,” comments Dan. Cory adds, “The lyrics are true to us as a band, and reflect where we come from and the things we appreciate in life. Dan’s vocals on this track still give me goosebumps.”

With more time to craft the new album the band reflected on their ever evolving sound. Over the last 2 years Fortunate Youth had toured with a sax player and trumpeter, so they added parts for a horn section and enlisted premier players John, Art, Bryan, and Geoff. They also include features and special guests including Nathan Feinstein (Iya Terra) on “Groovin” and were joined by their good friend Gonzo (Tribal Seeds/ Fortunate Youth) for background vocals. Additionally, “Around the World” features Italy’s own twin fronted group Mellow Mood backed by stellar horns that really hits home on the global reach of reggae music. “Burning With You” showcases the band’s soul and R&B chopps. And what started as a backstage jam session while on tour in Mesa, AZ became “Riddim Rydah” feat. Skillinjah & Dread Kennedy. Cory comments “Dread Kennedy and Skillinjah were hanging out and we randomly just did a live dub plate/ toasting version of the song and these guys absolutely killed it.”

Ever evolving and always collaborative, the writing and composing process is a band effort. Songs are fleshed out on the road or created with a riff or melody. While working the new album the band did a handful of pre production recordings at Kona Town Studio. And in July of 2020, mid-lock down, they tracked key essentials at Total Access Recording. Looking back, Jared recalls, “It was definitely weird having to wear masks in the studio when we first started tracking… it was our first time recording at Total Access which is in our minds, a legendary spot (Pennywise, Sublime) so that was rad…” Cory adds, “Total Access being located in the area we grew up in and with its history of great recordings we were all excited to get in there. With the state of the world at the time we had to maneuver around a handful of obstacles and move our recording dates around to accommodate.” They also worked with Lewis Richards at 17th Street Studios and tracked the horns remotely at Kromatic Sound recording studio in the East coast. 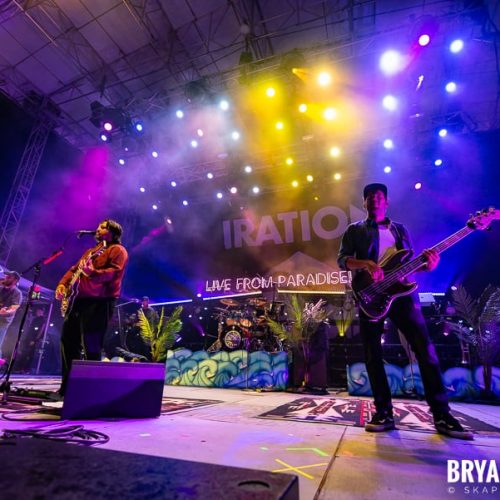