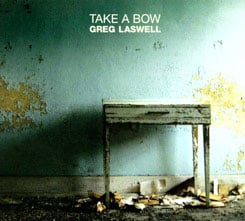 On the heels of a month-long tour with Sara Bareilles, Greg Laswell will be heading back out on the road for a fall headline tour beginning October 28th in Cleveland, OH (House of Blues), with stops in Chicago, IL (Lincoln Hall), San Francisco, CA (The Independent), and finishing up in New York (Highline Ballroom) on November 20th. See tour dates below.

More info can be found at www.greglaswell.com