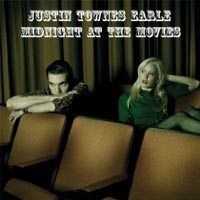 Is it possible that THE album of 2009 not only surfaces this early into the year but is one that clocks in at just 32 minutes long? Listening to Justin Townes Earles sophomore release, “Midnight At The Movies” I’m led to think so.

Justin is the son of legendary country/bluegrass/rock/folk singer/songwriter Steve Earle and also shares part of his name with another famed Texan, the late, great Townes Van Zandt (close friend and mentor to Earle Sr.). Though he shares these two names he is very much his own artist, no politics, no grandstanding, just great music and storytelling.

The album opens with the title track “Midnight At The Movies” a slow burning story of late nighters at the movies, from there we hear “What I Mean To You” a song that I bet Hank Williams would have been proud to have sung. One can be forgiven for thinking of Hank Williams while listening to some of the songs on here, MATM features such good music that you could picture Hank singing some of these tunes.

Earle reminds us that he actually has 2 parents on “Mamas Eyes,” which also seems to be an ode to individuality and one of the albums highlights. Another highlight is the albums sole non-original, a cover of The Replacements “Can’t Hardly Wait,” which sounds so natural and effortless you’d be forgiven for thinking Earle wrote it for Paul Westerberg. The Honky-Tonk shuffle of “Poor Fool” echoes Gram Parsons best work with the Flying Burrito Bros. Through out MATM Earle displays some seriously nice guitar picking skills too, in particular on “Dirty Rag” a foot tapping 35 seconds of bliss. Another album highlight is “Someday I’ll be Forgiven For this” which is the kind of song Ryan Adams probably wishes he wrote. The album closes with the slow, spare “Here We Go Again”, and just like that its over, and if you find yourself starting the album over again and again and again(etc.) you are not alone.

Bottom Line: Album of The Year (so far).GET IT!!! Really. And get it today, well….go on!! Justin Townes Earles “Midnight At The Movies” is available for download on iTunes, or from Amazon.com.
Notable Tracks: “What I Mean To You,” “Mama’s Eyes,” “Can’t Hardly Wait,” “Poor Fool,” “Someday I’ll Be Forgiven For This.”
Rating: 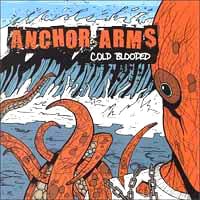 Next: The Flatlanders – “Hills And Valleys”