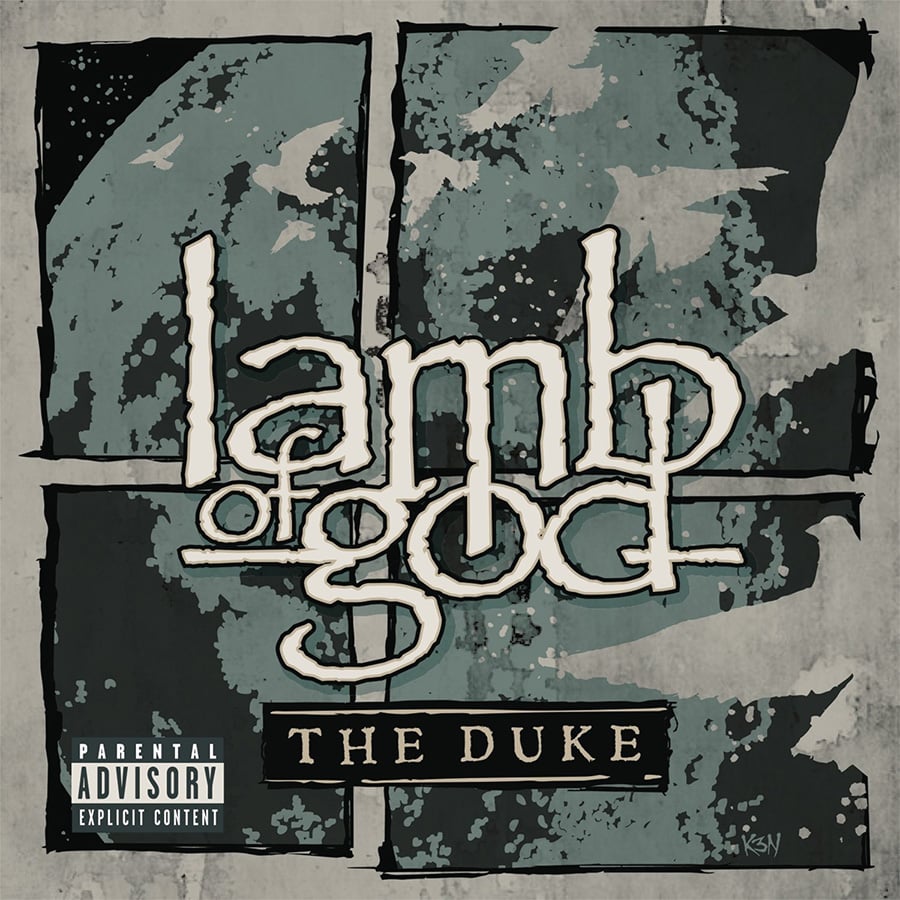 Lamb of God return with a new EP in honor of a fan that passed away from cancer.

The title track “The Duke” is the key track in which the lyrically send off their fallen friend Wayne Ford. Randy deliver’s clean sung vocals on this track. It seems like more of a natural growth of what he did on “Overlord,” which seemed to cause a massive storm amongst longtime fans for their choosing to go the clean vocal route in a band who’s singer is a notorious screamer. I’d have to say his delivery here in that aspect, not only works with the song but sounds like a step forward from “Overlord”, improving to an extent. Musically, the song is reminiscent of Lamb Of God’s more progressive rock stylings, similar to “Blacken the Cursed Sun” and “Descending” which I welcome more than anything. Earlier on, the band had been likened to “be the next slayer” and growth like here in “The Duke” is key to having the band carve out it’s own identity. I think there’s a big problem where the fan base doesn’t seem to understand how big the band has gotten and they aren’t pandering to that crowd they played for in some guy’s basement during the ‘New American Gospel’ days anymore. In other words, you can’t get mad that a mainstream metal band put out a mainstream sounding song.

If “The Duke” wasn’t heavy enough for you, “The Culling” makes up for the lack of traditional Randy screamed vocals. Musically, this sounds like something that could be easily be found on “Ashes of the Wake.” This also includes 3 live tracks from the last album’s touring cycle pulled from performances at Rock Am Ring and Bonaroo, which are a cool addition to this EP they could have easily left at 2 tracks.

Bottom Line: This is a great step for the band. It adds depth and I’m sure the next full length will be just as inventive.
Notable Tracks: The Duke, The Culling
Rating: