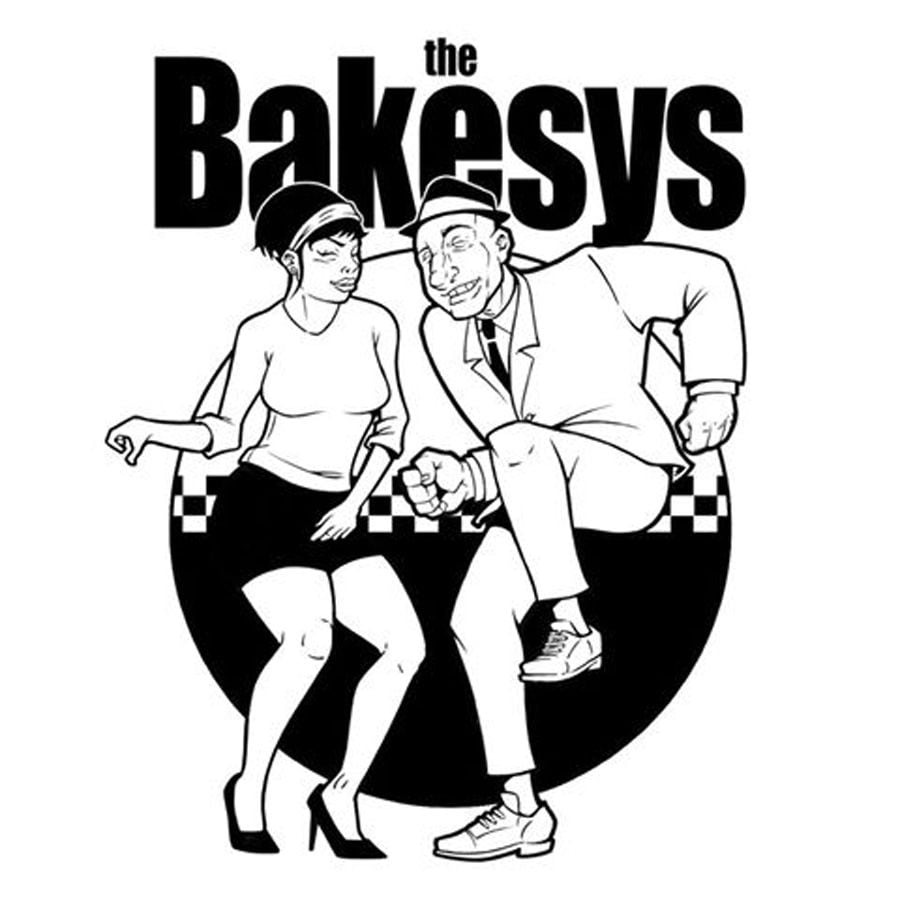 Mixing together 2 tone ska and power pop the Bakesys fit right in with the second wave of ska in the 80s more so than the third wave sound of the 90s in which they were active.

Influenced by bands such as the Specials, the Beat and the Police, the Bakesys put forth a great mixture of those sounds with a limited number of album releases that unfortunately I was not privy to during my third wave days. “Studio Selections 1991-1995” takes their only full length album and adds a handful of rare and unreleased tracks to it and, with the combined might of Do the Dog Music and Jump Up Records, it’s now available in the UK and the US.

“Studio Selections” is one pretty good ska album if I may say so myself. Right from the opening track “Sex Freaks”, you know that you’re going to be dancing or bobbing around in your seat. That track reminds me a lot of the Porkers for some reason. The next track, “The Lick”, slows things down briefly with a poppy opening that transition into a skankable number with some funky keyboard riffs. “Looking For Love” is a faster 2 tone track that sounds like it’s influenced by the Madness. Following up that song is one of my favorites on the album titled “Life So Tuff”. It has a steady ska beat throughout and a haunting keyboard riff that weaves in and out of the song.

As you make your way through the tracks that make up the Bakesys’ first album you’ll find more of the same fun and danceable pop-influenced 2 tone ska tracks with another personal favorite being the guitar-driven and very catchy “Days Gone By”.

The rare and unreleased additions to “Studio Selections” add some extra value to the listener and could have easily fit with the rest of the album tracks.

While I may not have been familiar with the Bakesys during their heyday as may be the case with plenty of current fans of the genre, “Studio Selections 1991-1995” is a great collection of music to help introduce you to the band. For those that are familiar with the band, this is a great addition to your musical collection with the addition of 6 rare tracks on top of the original album. While the Bakesys were somewhat short-lived, it’s good to see this album re-introduce them to the current ska scene with an international release. They’ve definitely made a new fan in me.

Bottom Line: Fun and intelligent 2 tone pop/ska from a band that came about during the wrong wave of ska.
Notable Tracks: Animated Violence, Life So Tuff, Days Go By, Trouble and Strife, Sunnyside Up
Overall Rating: