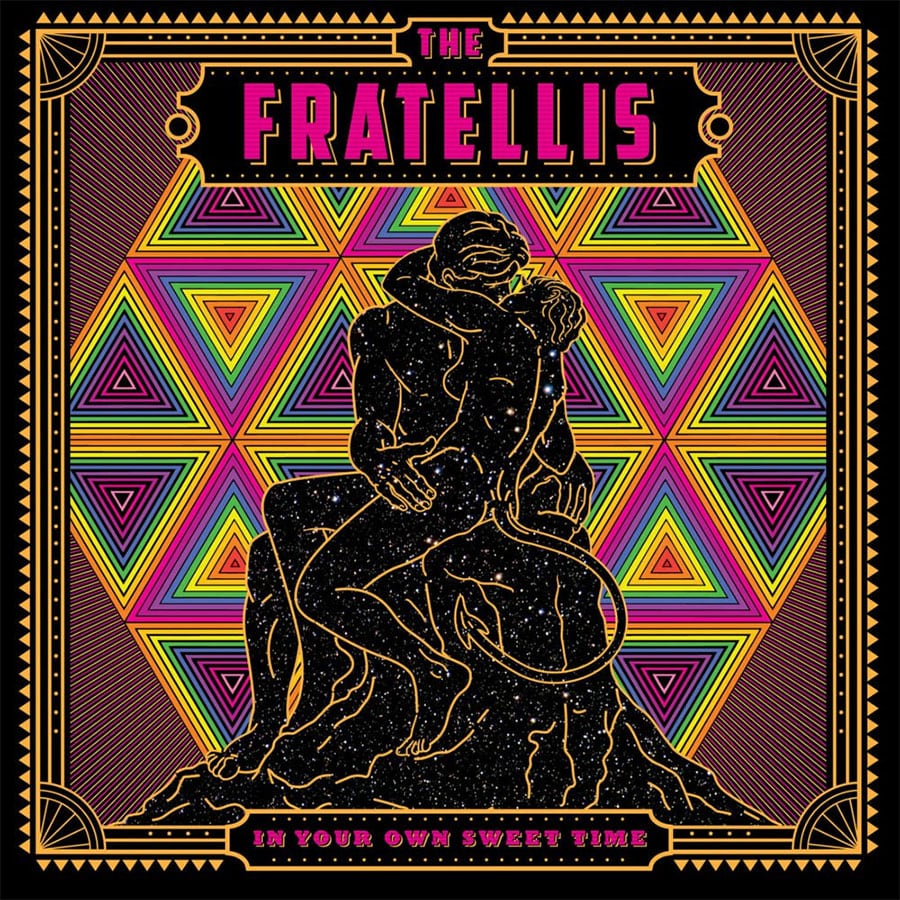 The Scottish rockers have changed their sound a little bit and made an album that is fresh sounding. This isn’t just your standard UK rock that’s been done to death. They’ve always had a pop sound but some albums were harder than others. This one seems like it’s more pop, slowed down but not totally abandoning their alternative rock sound. Either way, I’ve really digging this album compared to their last two. Eyes Wide, Tongues Tied had a few great tunes on it and I wasn’t much a fan of We Need Medicine, which was released after their hiatus. By the way, Jon Fratelli’s solo album was excellent if you’ve never heard that one. In Your Own Sweet Time definitely takes the elements that were good from Eyes Wide, Tongues Tied and branches out into something addicting, in a good way.

Their first track “Stand up Tragedy” will immediately make you want to dance around your home. Such a catchy song that has already gotten multiple repeats from me. The second song “Starcrossed Lovers” is just as awesome and just as catchy. It’s slightly slower in tempo but when the chorus kicks in and Jon Fratelli sings “Heeeeeee” will be implanted into your brain for hours. “The Next Time We Wed” is another one of those tracks that makes you want to dance. It’s got a disco rock beat to it, and I could totally hear this being played at a wedding. Certainly beats having to hear Black Eyes Peas for the millionth time. That song reminds me of the band’s song “Thief” from their previous album.

If you’re a fan of The Fratellis, you should be pretty damn happy with the way this album came out. I’m looking forward to hearing these songs live now.

Bottom Line: The Fratellis are back with a really strong album that revivals their debut album
Notable Tracks: Stand Up Tragedy, Star Crossed Lovers, The Next Time We Wed, Advaita Shuffle
Overall Rating:

album review, Cooking Vinyl, In Your Own Sweet Time, rock, the fratellis