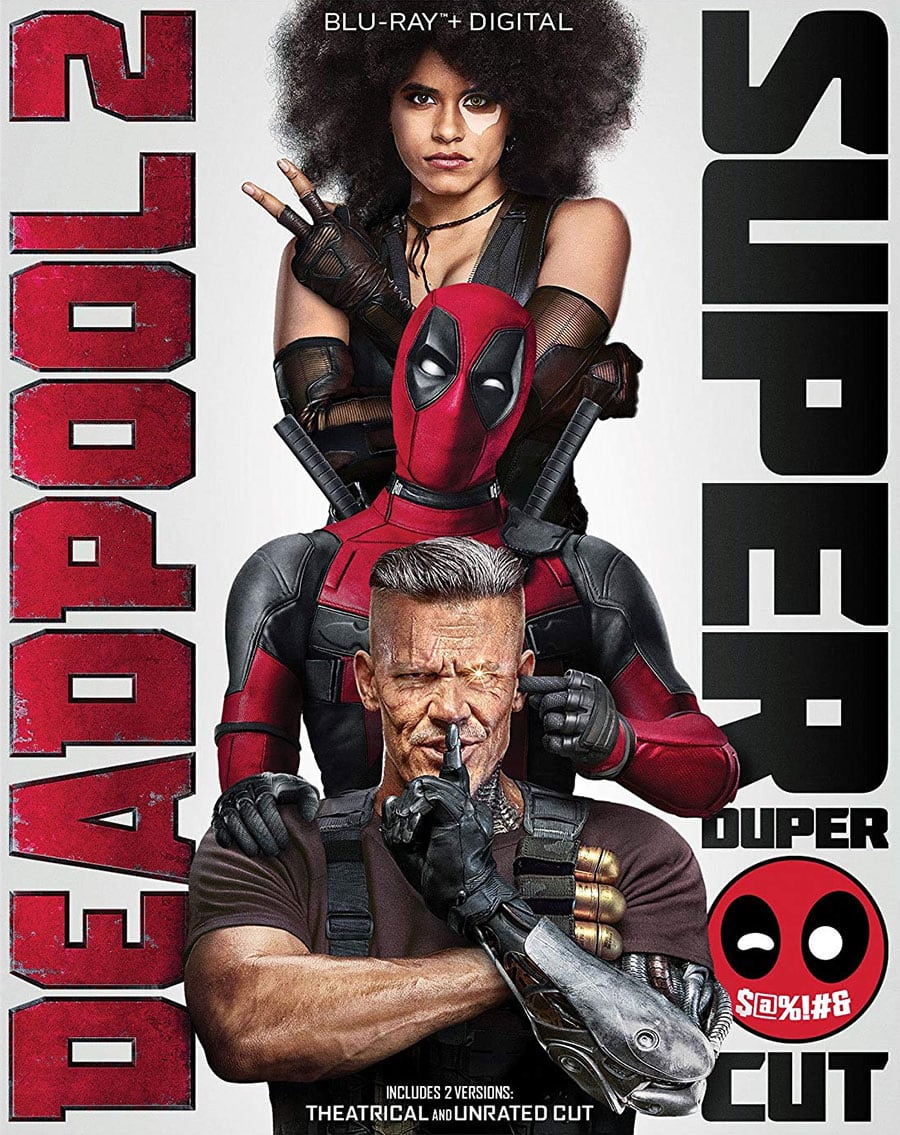 The sequel to Deadpool is pretty entertaining and even funnier than the first movie, thanks to Ryan Reynolds. I feel like the sequel isn’t as good overall compared to the first one though. With that said, I’ll certainly be happy if they made more Deadpool movies, that’s for sure!

After Deadpool 1, Wade Wilson/Deadpool (Ryan Reynolds) is still doing mercenary work but going international as well. One night after not getting one of his targets, that guy relitiates and changes Wade’s life. He tries to kill himself a few times until Colossus (Stefan Kapičić) rescues him and puts him back together at the Mansion. Deadpool becomes a trainee for the X-Men and during an incident, he’s drawn to helping out young, troubled mutant Russell (Julian Dennison). Things happen, both are sent to mutant prison and that’s when Cable (Josh Brolin) shows up. He’s there for the kid, and Deadpool tries to save Russell before he goes down a dark path.

When I saw the movie in the theater, I laughed a lot. It was on par with the first movie with the laughter, if not, maybe more. The movie was great and entertaining, it had heart as well. With that said, something felt off with the story I think. Not sure if it was just the entire plot or just parts of it. I didn’t really care for the whole Russell storyline and kind of wish he just had to go up against Juggernaut or another villain. His character had some good moments but don’t know, I just wish they went a different route. They really did an outstanding job on Juggernaut’s look, voice and keeping that a secret. I just didn’t expect him to be in it so when he shows up, I was surprised. Deadpool vs Cable was awesome to see, and both played off each other well. The X-Force stuff was brilliant and hilarious, and wanted more of that. I had a feeling it was going to go that route, just not that soon. The cameos in the movie were hysterical too. A blink and you miss it on a few of them. Was Stan Lee not in this one because he’s usually in every movie?

I loved the addition of Zazie Beetz and thought her character Domino was great. Definitely had enough to do in the movie. I liked Colossus being in the movie a lot more, since he’s one of my favorite X-Men characters. The cameos of the X-Men and others was hilarious. The Brad Pitt was the best one though. The end credits made me laugh the hardest and probably the funniest part of the entire movie. The Supercut has a new scene at the very end, where they “go there” with a certain baby. Another funny part was when Wade had baby legs. Maybe the movie didn’t have enough action in it? Not sure where I had complaints but it’s in a few spots. But all my nitpicks and complaints, it’s still a good movie and quite hilarious. Ryan Reynolds does another amazing job at the character and carries the entire movie on his back again.

The Blu-Ray offers up both theatrical and supercut editions. The supercut is about 15 minutes long, and has some alternate scenes or lines in them too. When he was doing the Basic Instinct scene, I thought there was a longer shot of his ween. The supercut seemed like they cut a second or two out of it. It seemed they changed a song here and there in the beginning and the end as well. I think I like the Supercut version better though. I liked the added story to the orphanage and a few other jokes that were left out of the theatrical.

Blu-Ray and Digital HD has a buttload of extras to watch. You got deleted/extended scenes, gag reel, featurettes, commentary and other stuff. The gag reel was obviously funny, hard to imagine people not cracking up on set. There’s a quick clip of Brad Pitt doing his secret cameo. There’s so many extras to watch so at least they load up this Blu-Ray with stuff. You can watch all the stuff that Ryan Reynolds & co. did before the movie came out like the Bob Ross trailer, trailer with Stan Lee and other stuff like that. I haven’t even scratched the surface at the content but it’s a few hours worth. Can’t complain about that at all.

Not sure where the problem is with Deadpool 2 but they are minor problems I think. It’s still a blast watching the movie and seeing Ryan Reynolds play Deadpool again. It’s a part he was born to play, and the way they have approached this has been flawless. The marketing of it as been incredible. If they do X-Force or another Deadpool movie, I’ll be there eagerly waiting to watch it.

Bottom Line: Hilarious and funnier than the first one but not as good as the first one.
Running Time: 119 mins
Rating: NR
Extras Rating:
Overall Rating: