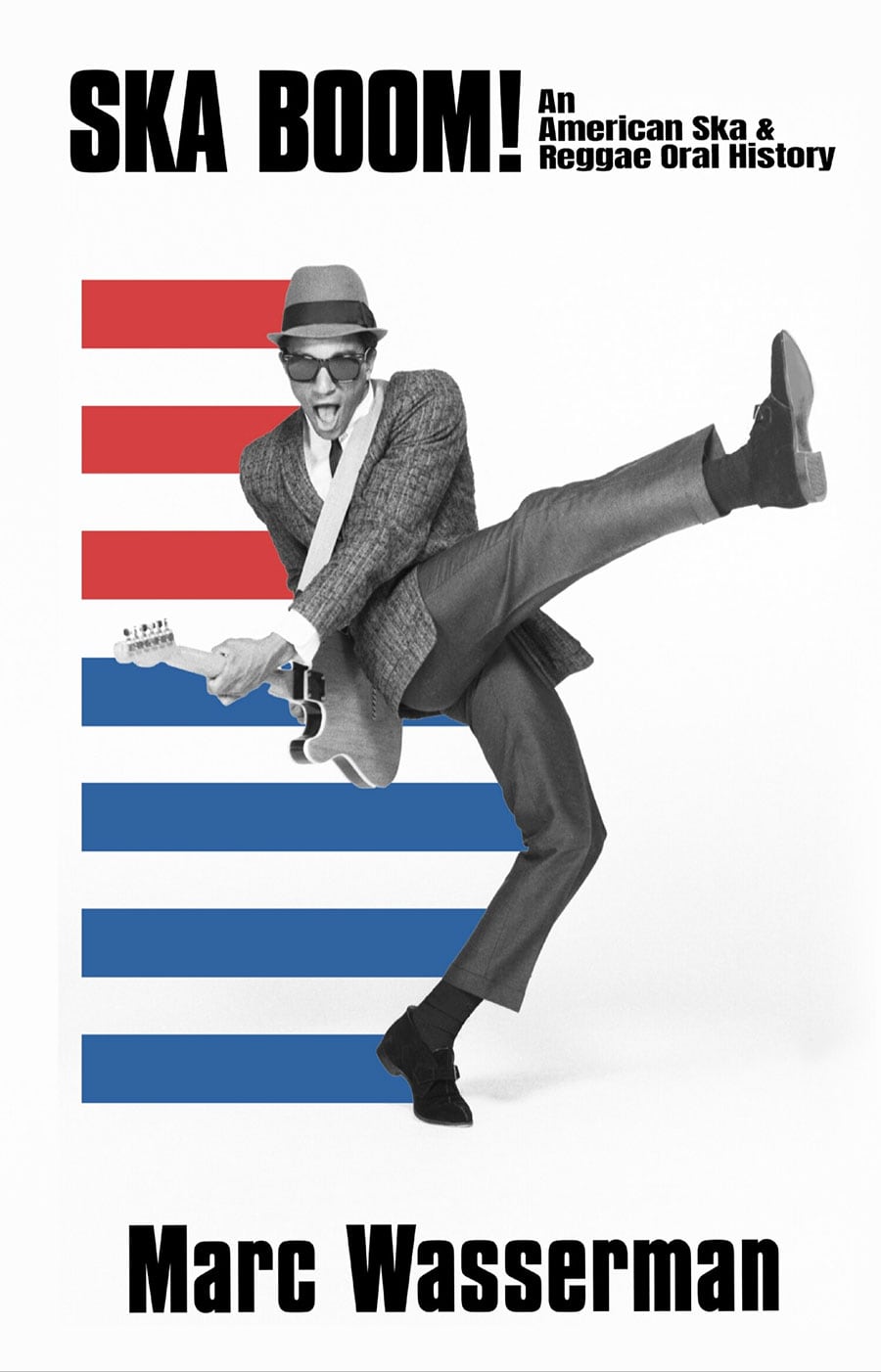 The widely anticipated American ska & reggae book, written by my buddy Marc Wasserman is finally coming out. I’ve been following along Marc’s updates from the announcement, all the way to the release. Marc’s been doing podcast episodes of the writing and interviewing, giving frequent updates and so much more. A lot of hard work was put into this book and I’m happy to say it’s paid off, big! Everything you thought you knew about the beginning of the ska scene, Marc covers from first-hand accounts. You hear about a bunch of bands you might have heard of, some you may never heard of and some you never even realized played ska or reggae! If you like ska, this is a must-read book!

Full disclosure though, I haven’t even begun to finish this book. For me, it takes forever to read books but it’s especially difficult right now since I have a new born kid at home now. So I try to read whenever possible. I mainly wanted to give my thoughts about the book so far and unfortunately, I only read about 4 or 5 chapters so far. This review will be mainly on that, which is about some bands I never even heard of. The forward was written by The Specials’ Horace Panter, who is also featured in parts of the book as well. Also featured in the beginning is Stephen Shafer, who happened to release his own book last August. Steve writes about 1985: The Year That Ska Broke. Marc, of course, writes his acknowledgments, thanks and an essay as well. After that, each chapter is dedicated to bands that started and shaped the American ska and reggae scene in the 70s and 80s. Members of the bands give their side of the story: how it started, influences, where things ended up, why did they succeed or fail, stuff like that.

The start of the band history material is with a band I wasn’t really aware of, the Shakers. They originated out of Berkley, CA in 1973. What’s awesome about this book is you’re still invested in knowing about all the bands and their history of what happened during their tenure, even though you may have never heard a song before. That was the case with the Shakers. I have heard a song from the Blue Riddim Band, which was a song on the excellent soundtrack for 80s comedy Club Paradise starring Robin Williams and Jimmy Cliff. They talk about that and more about being one of the first reggae bands in the country.

The one thing most earlier bands talk about is how they were either marketed wrong, dealing with record labels that didn’t know what to do with ska/reggae, and how some of the members didn’t want to play ska/reggae and how some did. It seemed like it was a theme going on. Ska was a somewhat new thing for Americans so either you were on board or you weren’t. Marc and his editor Steven DiLodovico compiled the interviews so that it flows nicely into a story. Instead of just one person writing about each band, you get first hand knowledge of what happened. It’s why I love oral history books so much more. It worked out so well with DiWulf Publishing’s previous book about NJ venue City Gardens. I didn’t attend any shows there but it’s still fascinating hearing about everything that went down. The same applies with this.

Another band I wasn’t aware of were the Boxboys from LA and wasn’t even aware that The Hooters played any ska or reggae. I just knew the one hit song they did. Soon after those bands and the first few chapters, then you get into the nitty gritty of the ska scene people know with bands like the Untouchables, The Toasters, Bim Skala Bim, The Scofflaws, Heavy Manners, New York Citizens and lots more. There’s a few bands here and there I’m still not sure I know any of their music from but I can’t wait to hunt down some of the music for these bands. I also can’t wait to get into the chapters for the bands I mentioned before and other ones in the book. It’s one thing to read about bands you never heard of, it’s something entirely to read about bands you know of. I want to do the book justice though, and not skip ahead to them. I’ll get there eventually, just not at the pace of most people.

On July 25th, Marc and DiWulf Publishing will be hosting a Ska Boom party at Marc’s bandmate Roger Apollon, Jr. ‘s brewery, Four City Brewing Company, in East Orange, NJ. The event will be happening from 12-6pm with DJ Jah Measel, a performance from Barbicide (featuring original members of Mephiskapheles, who are also featured in the book), four packs of Ska Boom Stout, copies of Ska Boom for sale and a Jamaican food truck on site.

Fans lucky enough to pre-order the book will also get a limited edition compilation of the bands featured in the book. They were handpicked and curated by Chuck Wren of Jump Up Records. I wish I got that to listen to as well.

I know I’m not done with the book but the first few chapters have been a blast to read. I can’t wait to press on and complete the entire thing. Hearing about some of these bands and the experiences is eye-opening and I recommend any ska or reggae fan to buy this book. See how I didn’t say “pick it up!?” Crap…just did. Joking aside, this book so far is outstanding and my next question for Marc will be, when is the documentary?

Bottom Line: If you want to discover the history of American ska & reggae, look no further!
Overall Rating: