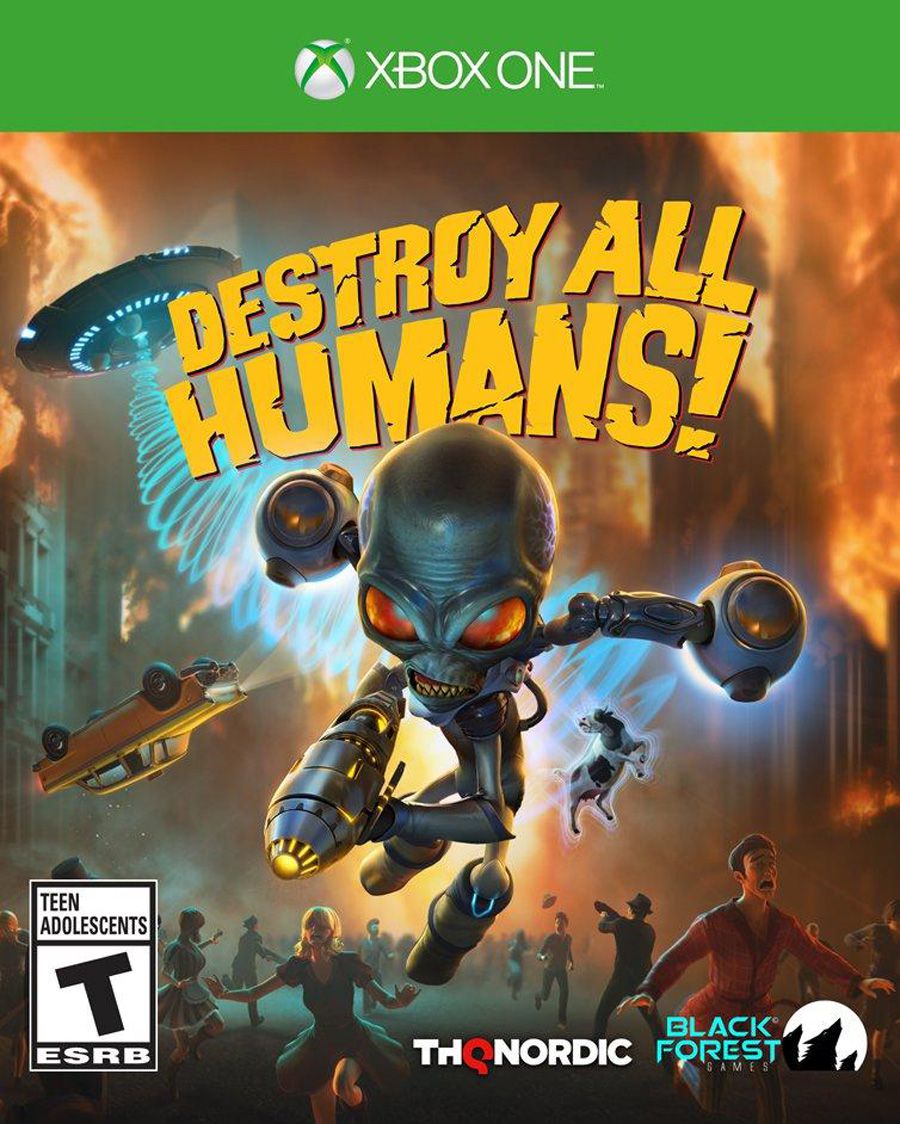 Fifteen years after its original release, “Destroy All Humans!” gets a slick coat of polish with a nearly complete makeover on current gen consoles…and Windows.

Originally released in 2005 for Playstation 2, Xbox and Wii with sequels appearing on just about every gaming console since, “Destroy All Humans!” makes its arrival on current gen consoles with use of all of the tools at Black Forest Games and THQ Nordic’s disposal.

Levels consist of either playing as Crypto on foot with stealth, reconnaissance and destruction missions or by flying around in Crypto’s flying saucer destroying everything in sight. Soon enough you’ll run into trouble with the US military and the mysterious organization known as Majestic. They’ll make your mission much more difficult but provide you with more cannon fodder and craniums to extract.

The remastered “Destroy All Humans!” isn’t just a HD upscale which was released a few years ago along with the sequel, it’s a new game built from the skeleton of the original game. Although it’s been awhile since I played the original, it was just included in the Xbox Games With Gold Lineup so I played through before this release to compare and, while the demented humor and over-the-top comedy are still intact, there really is no comparison.

First of all, the controls are much tighter and the camera…one of the things that always seemed to get me in the original…is much more accurate on all accounts. The graphics are bright and vibrant with more attention paid to slight animations such as people being disintegrated or the ground burning from your saucer’s death ray. The humans in the game retain their cartoony charm of looking like they came straight from a Primus video and Crypto and company look all the more menacing in 1080p. The load screens are completely new and add humor while you wait as well give you an opportunity to pick out the pop culture references abound. The cutscenes have been redone and also double down on the raunchy humor and political and pop culture references.

The missions are pretty much the same as in the original with the exception of a “lost level” where you try to prevent the Army from building their very own flying saucer from stolen Furon tech. The level fits in perfectly with the story and was most likely cut from the original due to size or time constraints. The exception to this is the end fight against the Robo-Prez and Silhouette. In the original, you can skirt around avoiding their attacks while picking up ammo and health fairly easily. In this version, the difficulty curve takes an upward trajectory straight to the moon. Against the Robo-Prez, you have to stay close and hope that a military mech appears so that you can recharge your saucer shields. If you stray away too far, it fires an endless barrage of missiles until you get back within range of the floating landmines, laser beams and death rays that it also endlessly spams. Against Silhouette, if you don’t have enough ammo or can’t get close enough soon enough you’ll get hit with a shockwave that instantly kills your shields or you might get spammed to death by the dozens of Majestic agents or heavy artillery guns that endlessly barrage you.

While you can go back and replay levels and unlock challenges in order to level up your weapons, abilities and saucer, up until the final battle the difficultly of the missions is super lax so it doesn’t seem necessary. But for your own sake and to save your controller from flying through a wall…do this before you take a shot at the boss battles.

Other than the complete and utter frustrations of the boss battles, “Destroy All Humans!” is a well-polished remake that does justice to the original release. Crypto 137 obliterates, entertains and annihilates in all of his Jack Nicholson-esque “Mars Attacks” influenced glory. The levels are kept fun and simple and there are plenty collectibles, challenges and optional goals scattered throughout and the gameplay is much tighter and the visuals are more vibrant and stylistic with the help of modern technology. While the offensive nature of the game and the crude humor throughout may not be for some people, those that go into the game knowing what to expect will come out the other end that much more delighted. 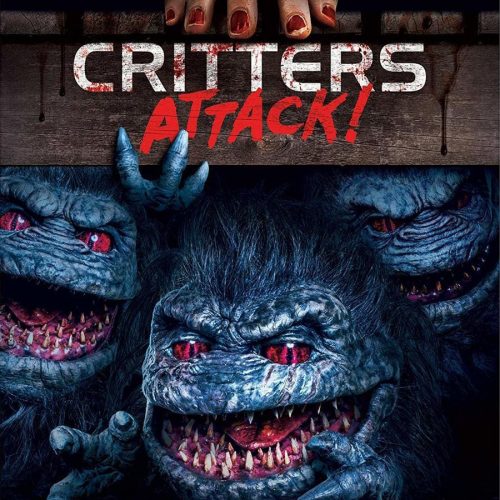 Actor Bill Paxton Passes Away At The Age Of 61