New Yorkers were waiting for the return of Conan O’Brien to New York City for awhile now, and it happened last night! Well the lucky ones to even score a ticket. Conan and his “Legally Prohibited From Being Funny On Television Tour” came to Radio City Music Hall last night and provided rabid fans with laughter, music, a ton of special guests and more!

This was only my second time at Radio City, and my seats were pretty good. I was towards the right hand side of the venue, and it just seems like any seat in the house is a good one. I was lucky enough not to have anyone sitting in front of me, but ended up having annoying “WHOOOER” and loud laugher next to me. I should have brought earplugs just for this dork. I knew we’d probably encounter quite a few dorks (since it is Conan afterall) but didn’t think I’d be sitting next to the biggest dork of them all. He was also waving and screaming “HI ANDY” as Andy Richter was walking out. Sigh….But enough about that.

The opening act was Reggie Watts, a guy with a giant size afro and bushy beard. He’s a musician, singer and comedian and had the crowd laughing. I laughed at some of his stuff but sometimes it started to get annoying. I also couldn’t hear half the punchlines since I had “loud laugher who laughed at every single thing even though it wasn’t funny” next to me. I was impressed with Reggie’s singing and musical style. He would record a beat with some type of instrument and then sing random songs about weird stuff like Shit and Fuck. It’s hard to describe really. It’s not for everyone but I dug the performance, but was just anticipating Conan’s arrival on stage.

The “Legally Prohibited..” band (a.k.a. Max Weinberg 7 minus Max) came out to play Curtis Mayfield’s “Move On Up” with La Bamba singing. The horn section came out into the crowd, and they were performing as late concert goers were trying to find their seats. Those people were awkwardly standing in the aisle waiting to get into their seats and being in the spotlight. Fade to black, and a Conan video showed what he was doing before the tour, which included putting peanut butter on his toes and having the dog lick it off. The video was hilarious. Conan finally came out and the crowd rose to their feet. He told jokes about not being on the air, and how it’s tough seeing other people on TV and he’s not. It was good to see Conan telling jokes again and not being in the tabloids for losing the The Tonight Show. He definitely took jabs at The Big Chin and the suits of NBC, which were right across the street from Radio City.

Half of the variety show was a lot of music. Conan impressively played guitar and sang songs, like “I’m on the Road Again” and adding some of his own flavor. While the music portion of the show I could have done without, I just think that’s what Conan loves to do besides hosting & doing comedy. I would have preferred more skits but there’s still legal work happening right now and they aren’t sure what skits to use or not. The Masturbating Bear made a cameo, and something was changed to make his character part of the Conan O’Brien show again. Triumph The Insult Comic Dog popped on screens to “greet” the city he was in, which was really funny. Conan writer and comedian Dion Cole came out for a few minutes to perform some stand-up and that was great as well. I always liked his bits on The Tonight Show.

I knew there was going to be a lot of surprise guests. I had a feeling Ben Stiller or Will Ferrell would pop up but they didn’t. But damn, the guests they had certainly were just as good! First, Vampire Weekend came out to play a song and that sounded okay. Conan was jamming away on his guitar with them. Not really a fan of there’s though. But the next few guests totally paid for the price of admission! Stephen Colbert came out and talk shit with Conan. There has always been a fake feud between Stephen Colbert, Jon Stewart and Conan. Stephen was telling Conan that he left town while Stephen has been there this whole time. They decided to have a dance off to Def Leppard’s “Pour Some Sugar On Me”! It was going well for Colbert for a little bit, as he did ballet style dancing. Then he pretended to hurt his hamstring and Conan thought he won. Then Jon Stewart screamed from the audience that he would be Colberts legs. Did I mention Stewart was dressed as a “Mexican waiter” as Conan put it. It was by far the best thing of the night!

But the guest kept coming last night! Conan brought out the infamous Walker Texas Ranger lever…oh sorry, “handle” and that has always been freakin’ hysterical. Even if you saw the clips before, it still makes you laugh. But besides Conan pulling the handle, there were the guests. First it was Bill Hader of SNL. He did a Stefan impression as he pulled the lever. Then John Krasinski from The Office came out to pull the handle. I was hoping be was going to do his marionette impression but he didn’t. The final guest was Paul Rudd! I’m sure there was even more guests backstage but those guys have always been friends of the show. That part was another highlight. I should start watching Walker Texas Ranger just to see clips like those; they are simply a classic!

Conan ended the show with “I Will Survive,” but lyrics written specific for what Conan is going through. Some of the crowd left but everyone was still there for some type of encore. They all came back to play a cover of Smith’s “The Weight” from Easy Rider. As Conan was running into the crowd, I decided to leave to beat the lines to get out of the venue. Did anything happen after that? I’m not sure. Maybe you can tell me in the comments!

Was it money well spent? Definitely. But depends on how much of a Conan O’Brien fan you are. I’m a huge fan of Conan’s and have been for over 15 years now. The Colbert/Stewart/O’Brien dance off was worth the price of admission alone! I can’t wait to see Conan hosting a TV show again, the wait will be worth it! 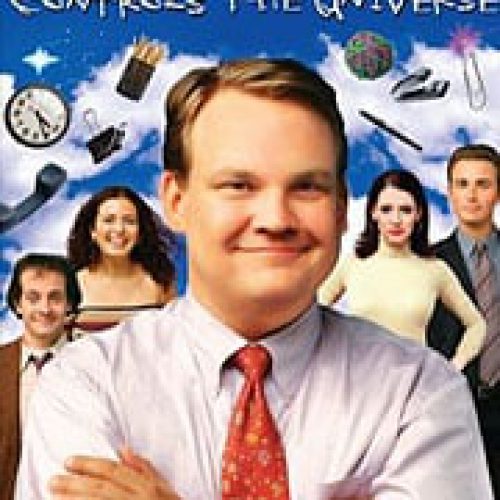