Starring Chevy Chase, Chris Elliot, some Nickelodeon kids…
Written By: Will McRobb, Chris Viscardi
Directed By: Chris Koch
When I first saw previews for this movie, and I saw Chris Elliot in it, I had to see it. The concept of this Nickelodeon movie is that kids love snow days and school hates them. Easy concept huh?

One girl wishes it snows, and the next day there’s like 80 inches of snow on the ground. Go figure. The story takes place in Syracuse NY, and to my disbelief they are having a warm winter. Anyone who has been to Syracuse, NY knows that its not warm in the winter there. They get like 18 feet of snow and they make you come to school, so the idea behind the movie was pretty humorous. Actually, they were going to shoot the movie in Syracuse but couldn’t because there was actually no snow on the ground. They moved location to Alberta, Canada…. where snow there is like breathing.

Chevy Chase plays a meteorologist on a low rating TV news program. In order to get ratings (and possibly a jump start to his disappearing acting career) he has to dress up in ridiculous outfits. Man, what acting! OK, so they get lots of snow, blah blah blah, all the kids go out and play. The story also involves Chevy Chase’s son trying to get some swimmer chick, who’s pretty hot. Of course she is. That’s why they hired her, duh! so yeah, that’s pretty boring and cheesy, but the best part of the movie was Get A Life himself, Chris Elliot. He plays the smelly, ugly snow plow driver. He has a pet crow. Cool Eh?

All the kids hate him because he takes away consecutive snow days from the children and makes them go back to school. I would to. Screw the children. Overall, the movie is entertaining up to a point. Lots of stupid fart jokes, and a cheesy teen concept, but let’s not forget it’s Nickelodeon, so it’s expected. Better than Good Burger, so you can’t go wrong. If you like the kiddie movies, then go see it, if not fine, don’t listen to me. 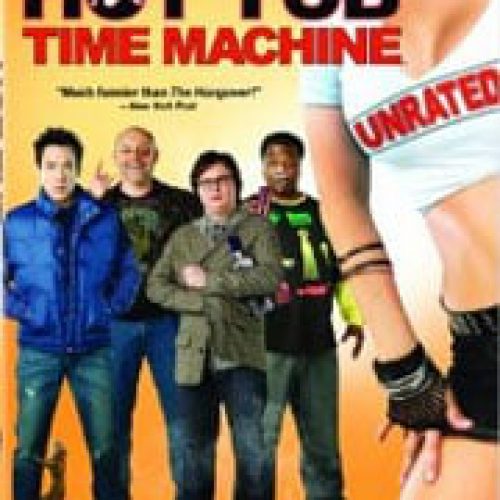