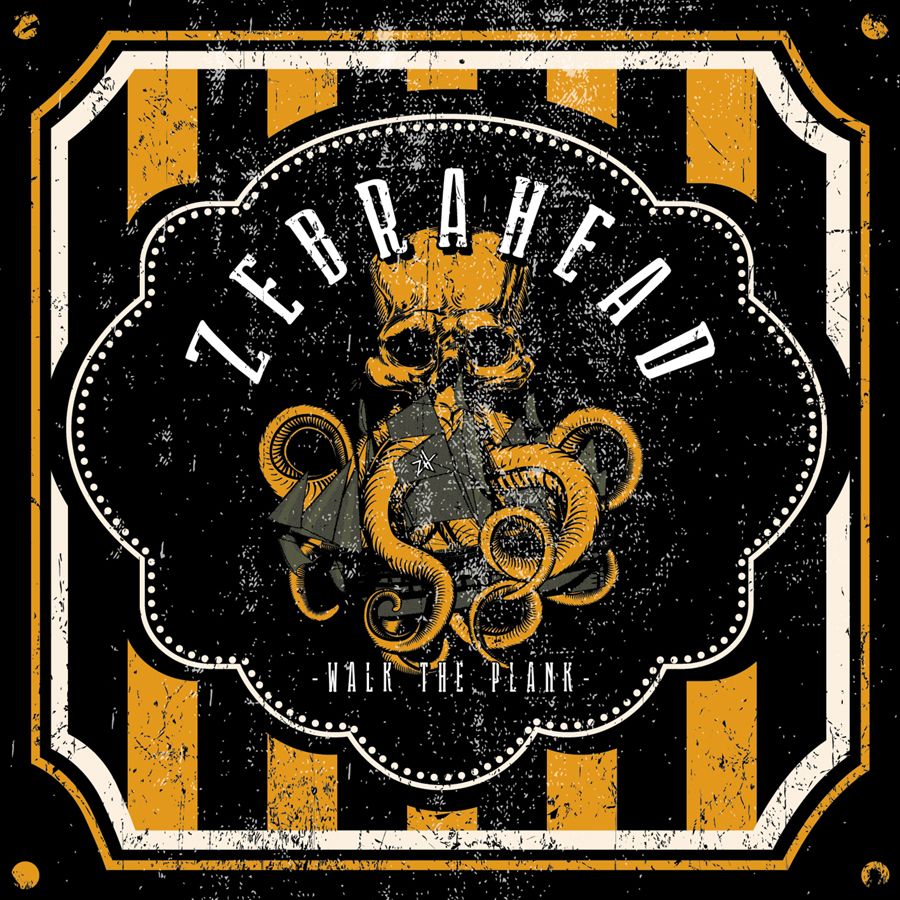 It’s only been two years since Zebrahead released their last full length “Call Your Friends”. That album caught me by surprise and reinvigorated my interest in the band. There was a good mix of sounds throughout and some very catchy tracks that found their way into repeat playlists. Can “Walk The Plank” continue the streak?

I’m going to have to say that the answer is a definite YES! “Walk The Plank” finds Zebrahead treading some new waters with some acoustic songs, some hard thrash punk/metal and even a handful of ska tracks sprinkled throughout. The ska songs surprise me to a certain extent. I know for a fact that the members of Zebrahead toured with and hung out with quite a few third wave ska bands…there was a point in time that I think that they were actually members of Reel Big Fish because they were on every single RBF tour. What surprises me about the ska influences showing up is that, although they were always a part of that scene, ska just never made its way into their music. It makes sense that it finally would and it’s a welcome addition to their sound.

Now that my ska rambling is over, I can tell you just how much fun “Walk The Plank” is. It’s the kind of album that goes great with a long road trip. The songs shift style and direction much like your emotions do while on the road. There are catchy pop songs, angry metal-infused punk songs, danceable ska tracks and some nu-metal influences sprinkled in at times…all the while melding together to form a surprisingly consistent album overall.

When I go back to the old days of listening to Zebrahead…when “Playmate of the Year” was overplayed on the radio and MTV and when my interest of the band started to wain off (although their live shows were always crazy and fun), I would never have thought that the band would grow into the unique, interesting and enjoyable sound that’s been prevalent on their past couple of albums. I look at them in a similar light to bands like 311 and Slightly Stoopid…bands that transcended their early pigeonholed sound into something that really can’t be labeled as one particular genre or another. Variety is important to me and “Walk The Plank” is loaded with it. I love the Zebrahead sound!

Bottom Line: Rock, rap, punk, pop punk, thrash, acoustic, ska…whatever you’re looking for , Zebrahead is selling on this album and it all comes together quite well.
Notable Tracks: Worse Than This, Keep It To Myself, So What, Wasted Generation, Battle Hymn
Overall Rating: