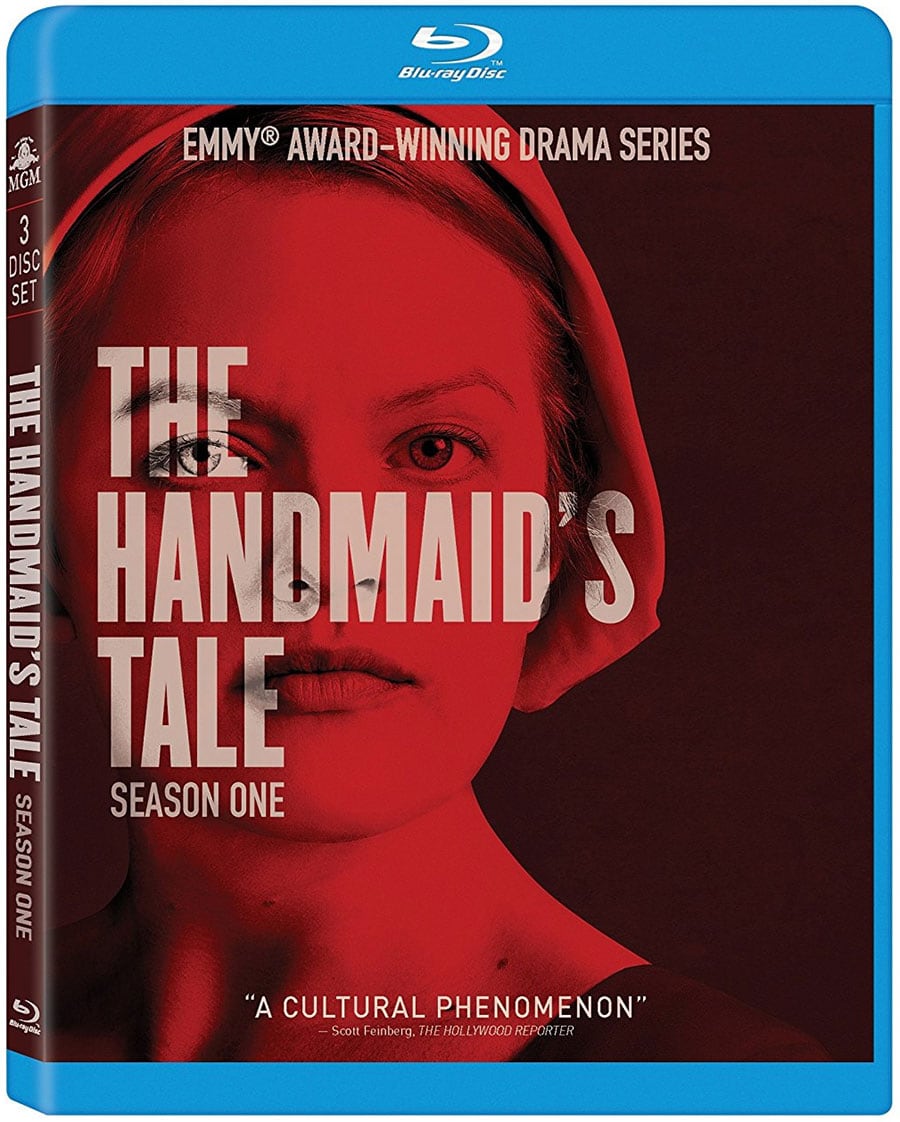 The Handmaid’s Tale is based on the popular book from Margaret Atwood. The first season premiered on Hulu and won Best Drama at the Emmys last year. I read the book but haven’t seen the show, until now. It’s a great show with a terrifying premise, something Mike Pence probably wished happened in real life. Blessed be the fruit.

After a second civil war in the US, a totalitarian Christian government called “The Gilead” takes over. Human fertility rates collapse after STDs and pollution, which results in women being rounded up and used as servants called “handmaids.” They are assigned a master where they are subjected to ritualistic rape ceremonies to try to get pregnant. The show focuses on June/Ofred (Elisabeth Moss), who is assigned to the home of the Commander Fred Waterford (Joseph Fiennes) and his wife Serena Joy (Yvonne Strahovski). Ofred must obey the law, while trying to dealing with Commanders, their vicious wives, her fellow handmaids since anybody could be a spy for Gilead. Her main goal is to try to survive and find out what happened to her daughter, who was taken from her.

I hated The Handmaid’s Tale in college, I was forced to read it, so I wasn’t really in a good mindset when I read the book. Not sure why I hated it per say but just didn’t care for it back then. The series is a lot better though. It’s directed and shot really well, I love the colors on the show as well. The vibrance of some shots is lowered and the red is upped up. I guess the red plays a big part of the show since the handmaids wear that. The structure of the episodes are slow, but enough terrifying and creepy shit happens in the episodes that keep you locked in. I just kept saying to myself while watching the episodes, “I bet if Mike Pence watched this show, he would just be sitting there nodding, and saying yes yes yes. Him wishing this was real life.” I’m sure religious people that watch this don’t see their religion as extreme as this show but as an atheist and outsider, yeah it can be extreme like this…or certainly can be that’s for sure, depends on who’s in charge of things.

It’s frustrating that I finally got into this show and don’t have a Hulu subscription. So now I’ll have to wait another year for second season to come out. Unless I do bite the bullet and get Hulu Plus. As much as I liked the show, I’m not really in a rush to watch it since the show is really dark, and also pretty slow at times. I don’t really agree that it’s the Best Drama of the year because I think other shows were more exciting, engaging, etc. The show’s message is probably the biggest reason it won all these awards to be honest. Maybe I’m just bitter this won over shows like Westworld and Stranger Things.

I like the acting from Elisabeth Moss and her sometimes narration on the show. Joseph Fiennes and Yvonne Strahovski do their parts well. I particularly liked the performance from Madeline Brewer, Samira Wiley and Ann Dowd. All three are standouts in my mind. The usage of music and flashbacks are used in the right areas for the most part. It’s not overdone too much; although when I hear a song, I’m assuming the show is coming to a close. Lost and Fiennes’ Flash Forward did that stuff all the time. I’m curious to see how the second season will be handled and makes me want to watch it soon. For those with Hulu, it will be out at the end of April.

This Blu-Ray didn’t come with a digital code, which was really disappointing. I suppose it has something to do with MGM, which apparently doesn’t know how to handle their digital properties since the studio is in limbo. The only extras included on the discs is script to screen featurette and Hope in Gilead featurette.

The Handmaid’s Tale is a really good show, and one that came out right at the perfect timing with the #MeToo Movement. Is it the best series of the year? I don’t think so but my taste in shows is different from people that voted for it. It’s still worth watching though!

Features:
From Script to Screen
Hope in Gilead