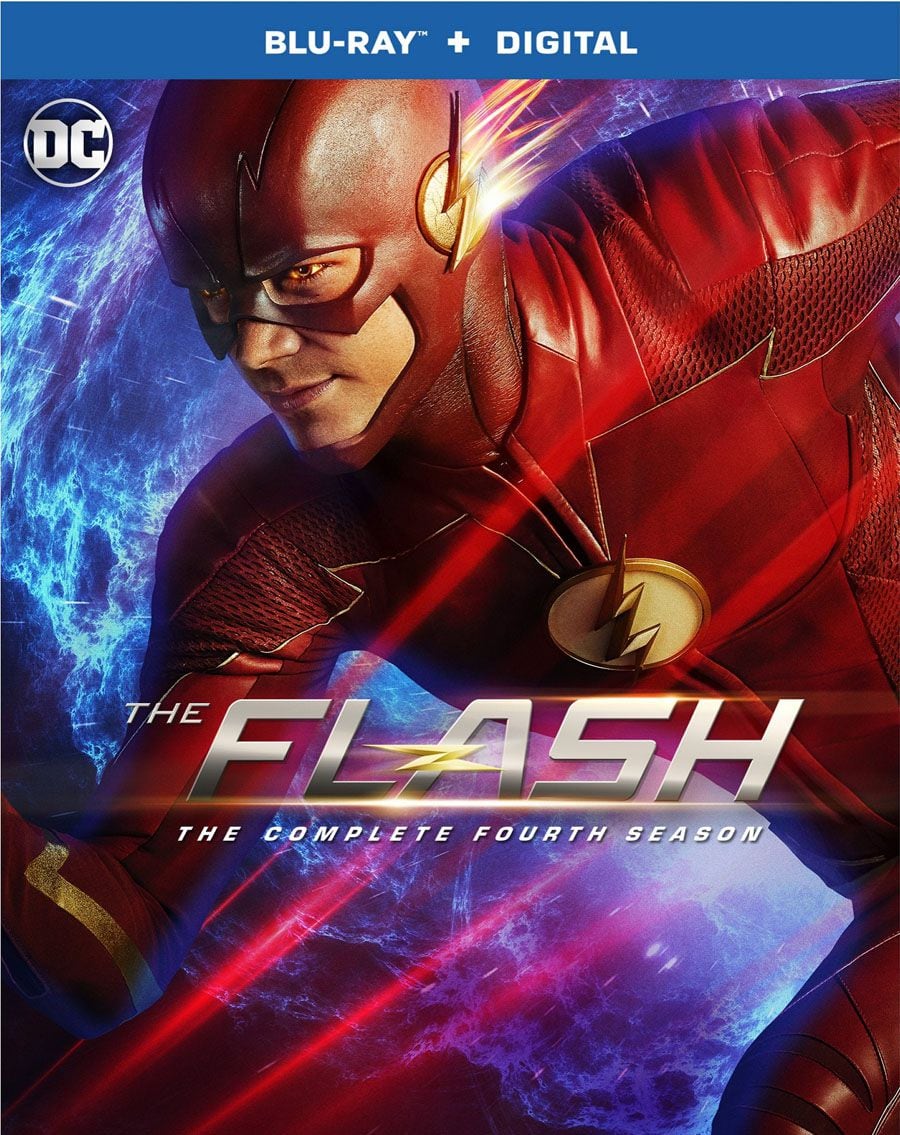 With his taste of villainous speedsters well overdone, the Flash (Grant Gustin) has to deal with an enemy in the Thinker who is always ten steps ahead of him no matter how fast he runs…but first the Flash has to deal with the tricky situation of being stuck within the Speed Force, a choice that he made voluntarily at the end of season 3.

In the fourth season of CW’s “The Flash”, they finally broke the mold of having Barry going up against a speedster who is faster than “the fastest man alive”. Clifford DeVoe has been plotting and planning something major since his early prediction that something big was going to happen with the particle accelerator at Star Labs. From then on it’s a game of chess mixed with some cat and mouse between Barry and Team Flash and DeVoe, dubbed the Thinker and his life-partner in crime Marlize DeVoe.

While I felt that it was about time that the Flash went up against a full time villain that wasn’t a speedster and much faster than he was (although I was hoping for a full season of Grodd), I found the Thinker quite a snooze. I’ve never been a fan of the villain who was so smart that he can predict everything someone can do as well as the multitude of random occurrences and actions and reactions because he can think hard. It’s weak writing and a lazy excuse for the hopeful forgiveness of gaping plot holes and paper thin story points.

One of the best things about season four of “The Flash” was the introduction of Ralph Dibny AKA the Elongated Man. Not only did he provide some much needed comic relief but his hero story was one of the most interesting and captivating stories of the season. It also brought out the lighter side of Barry and company who have seemed to be clouded in a shroud of doom and gloom for the past two seasons.

The introduction of the Elongated Man also brought about the introduction of what was dubbed the “Bus Metas”, the collection of metahumans that were created when Barry escaped from the Speed Force…all which the Thinker planned out… The “Bus Metas” were a great way to introduce some more obscure DC comic characters to the fold such as Null, Fallout and a gender-swapped version of the Fiddler to name a few. The Flash’s rogue’s gallery may be full or quirky oddball D-listers but that’s always been the charm.

Other than a few Dibny-centric episodes and the few episodes leading up to and including the conclusion, I felt that once again this season of “The Flash” continued the trend of disappointment started in season 2. Being four seasons into the show so far it feels as if you could randomly choose any episode from the last two and a half years and it would feel like you’re watching episodes from the same season. Just replace the Thinker with Savitar or Zoom and rotate a couple of Harrison Wells here and there and you have one long run-on story with not a lot of character development and boring ancillary supporting cast members. “The Flash” is what drew me into the Arrowverse from the first season on because it wasn’t afraid to embrace its comic book roots. The Flash felt heroic and had a sense of fun and wonderment about him…that is until he was dragged through the mud, vilified, did some very dumb things for awful plot points and pretty much sucked dry of his humor and spirit that his comic book counterpart has in abundance. Now it’s just hard to watch and, at times cringe worthy. Season 4 personified this with a bland, uninteresting villain in the Thinker who would have done better as a minor story arc instead of a season leading villain.

While the Green Arrow has been slowly developing into the swashbuckling hardass like his comic book counterpart and Supergirl just always seems to maintain her likability even when she falters, the writers on “The Flash” seem to continuously mistake him for his Marvel Comics comic book counterpart Quicksilver and seem to revel in finding a multitude of ways to make him unlikable. If only Grant Gustin would be allowed to play up a true to form version of the Flash…oh well, here’s hoping for an Elongated Man TV show, I guess.

5 All-New Featurettes-Inside the Crossover: Crisis on Earth-X; The Best of DC TV’s Comic-Con Panels San Diego 2017; The Elongated Man: Flash Time on Amunet Black with Katee, Eric and Sterling; and The Fastest Mind Alive: The Thinker

Bottom Line: Initially “The Flash” was fun, fresh and exciting. He was fighting sharks, gorillas, captains of boomerangs, masters of mirrors and random rogues from his gallery…but then people clamored for an emotionally unstable man-child in a leather costume who would continuously make uncharacteristic life-changing events like screwing up the timeline for selfish reasons or marrying the worst version of Iris ever put to paper. That can be the only reason that a live-action show about the Flash could feel more like “Dawson’s Creek” meets Supernatural, right? It’s what the people wanted, right?